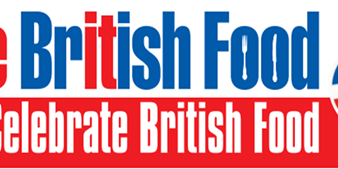 Choosing British food means enjoying the diverse and delicious food that our varied countryside and seasonal climate produce. It is a way of rejoicing in the food that is grown on our doorsteps, tasting a part of Britain’s heritage, supporting farmers who maintain our beautiful countryside.

The first British Food Fortnight was held in 2001 when the foot and mouth crisis had bought farming to its knees. Alexia Robinson, whose idea it was, wanted to do something to help revive rural communities and to give farmers a reason to continue to farm and look to the future with optimism.

British Food Fortnight was born out of her desire to get the public motivated to buy British food. The aim then, as it is now, is to use the fun of a national celebration to encourage people to actively seek out British food when they are shopping and eating out. If they enjoy doing so during British Food Fortnight then hopefully they will make a conscious effort to buy British year-round.

The inspiration was the Harvest Festival, the traditional time when communities have gathered in the autumn for hundreds of years to celebrate the produce of the land. Indeed communities around the world have annual celebrations whether it is the rice harvest or wine.

Hence, British Food Fortnight takes place every year in the Autumn, in the last week of September and the first week of October; the traditional time of harvest festival.

What’s in season when?

The fruit and veg sections of supermarkets look the same every week but behind this, there are very distinct and various seasonal fruits and vegetables that we can relish and enjoy in abundance at certain times of the year. We are fortunate to live in a country with four distinct seasons and the variety of fruits and vegetables that this provides. It makes for the richest, most delicious and healthy diet…we just need to make a conscious effort to discover it!

8 Reasons to Shop in Season