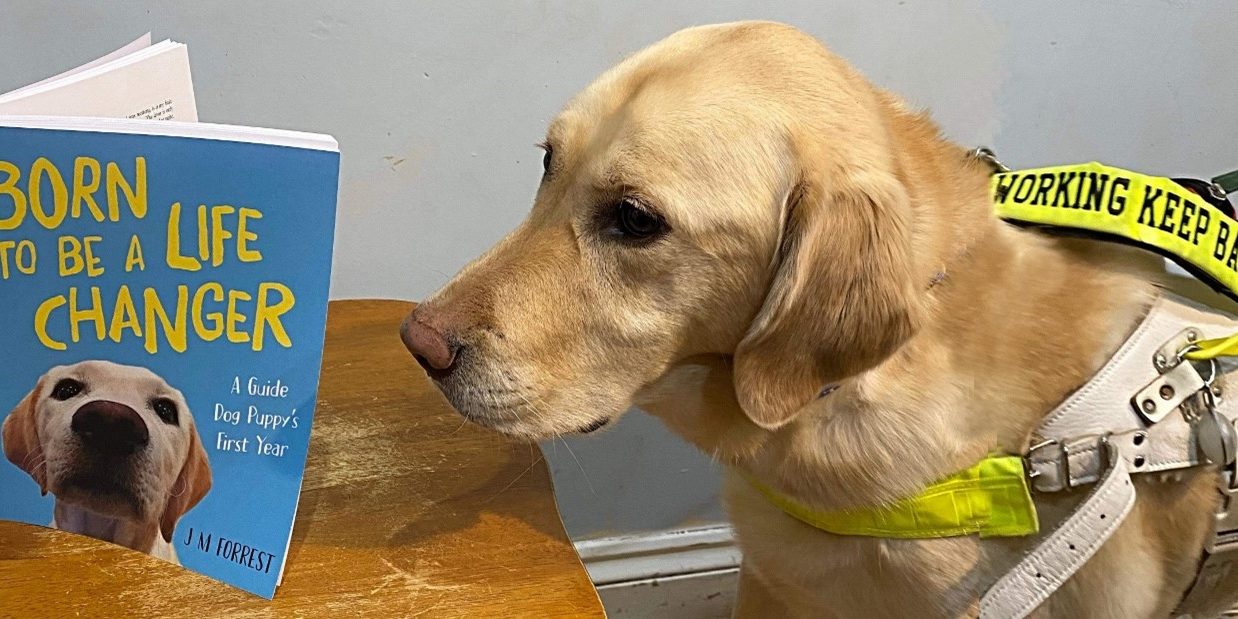 Born to be a life changer

Jane Forrest, a 5aday Box customer, got in touch to tell us about her passion: Guide Dog Puppies.

Jane started volunteer work with Guide Dogs for the Blind as a Puppy Raiser in 2015, when a 7-week old puppy came to her home to be raised and trained by her until he was 13 months old. He then went on to successfully complete the next stages of his training with a Mobility Instructor in Southampton, when he was matched with his Owner. He has been a working Guide Dog, looking after a visually impaired mum of three, since June 2017.

As some major work was being done on the house after the puppy’s departure, Jane decided not to raise another puppy full time but to become a border instead, so her newly-learned skills would continue to be used and enhanced. This role, she says, is her ideal unpaid job and one she truly relishes, as she gets to look after puppies of all ages for periods of time ranging from a few days to several months. To date, she has looked after more than 20 dogs, and what she finds particularly fascinating is how different they all are. Every dog has its own personality: quick to learn, or a little slower picking things up; wanting lots of attention or very independent; playful or serious; some clearly heading towards qualification, in others it is obvious that guiding is not their destiny. As well as puppies, Jane also gets the pleasure occasionally of looking after working Guide Dogs when their Owners can’t take them away on holiday. These dogs get a well-deserved holiday too!

Training puppies came to an enforced halt during the coronavirus restrictions, as travel on public transport and entry into shops, restaurants, cafes, etc, became impossible. That is not to say that Puppy Raisers weren’t doing their best in difficult circumstances, because the dogs were getting as many experiences as they could in the home environment. When venues opened up again they could once again get out and about proudly wearing their distinctive jackets and leads with the yellow flash.

Still boarding puppies during the pandemic, but with more time available because of the restrictions, author Jane decided to write a book about her first puppy. Giving him the pen name ‘Buddy’, because his real name is unusual and so far unique to Guide Dogs, the resulting book is called ‘Born to be a Life Changer: a Guide Dog Puppy’s First Year.’ Told from Buddy’s point of view in the style of diary extracts and illustrated with over a hundred colour photographs, it appeals to children and adults of all ages – and even a few family pets are enjoying it, according to some of the comments and photographs Jane has received!

Available exclusively from Amazon for £9.99, all profits will be donated to Guide Dogs for the Blind.

Jane Forrest is an author. Information about her writing and more news about Buddy the Guide Dog can be found on her website: jmerrillforrest.com

If you have a story to tell please get in touch with Emma at marketing@heritagefinefoods.co.uk