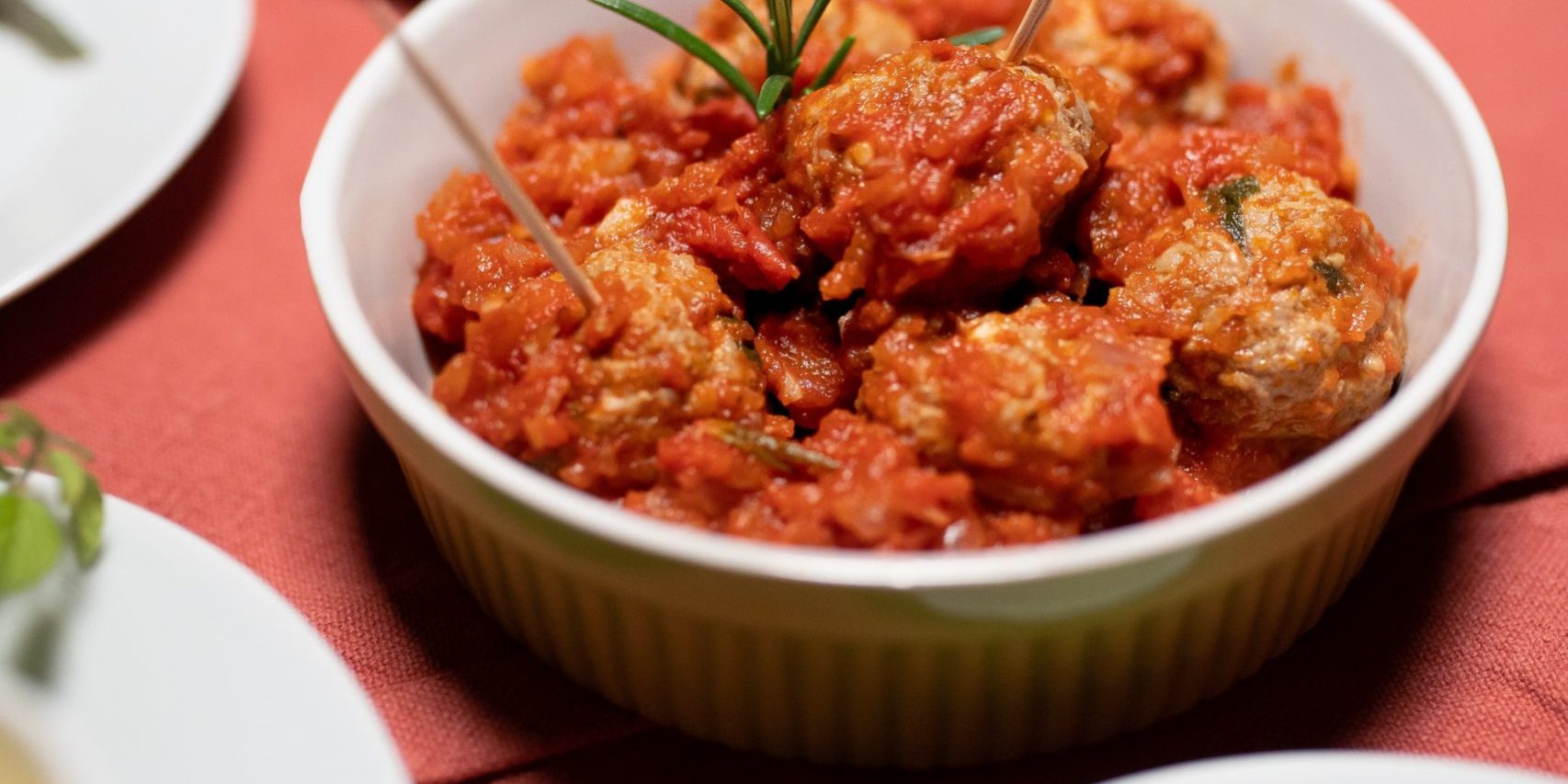 The word “tapa” translates as “cover”. Tapas traditionally may have been a complementary piece of sliced ham served on top of a glass of wine, but we know tapas today as small portions of food.

Tapas in Spain is one of the best-known customs across the world. Indeed, no tourist or Spaniard can resist these small bites of Mediterranean gastronomy. There are all kinds of tapas, from a small snack—fried potatoes, nuts or olives—to a true miniature feast.

So what are the origins of Tapas?

One of the most popular stories claims that, back in the 13th century, King Alfonso X of Castille found that, while he was recovering from an illness, he could only eat and drink in small amounts – resulting in one of the first forms of tapas.

According to The Joy of Cooking, the original tapas were thin slices of bread or meat which sherry drinkers in Andalusian taverns used to cover their glasses between sips. This was a practical measure meant to prevent fruit flies from hovering over the sweet sherry. The meat used to cover the sherry was normally ham or chorizo which are both very salty and activate thirst. Because of this, bartenders and restaurant owners created a variety of snacks to serve with sherry, thus increasing their alcohol sales. The tapas eventually became as important as the sherry.

Other stories claim that because tapas bars used to be standing-only affairs, people who ordered a snack had nowhere to put their plate but on top of their glass – hence the tradition.

Another source claims that some sneaky tavern keepers discovered that, if they covered cheap wine with a plate of strong cheese, their punters, in a state of confusion, wouldn’t notice how bad the beverage was.

These are a few of many different origin explanations but whatever the true origin tapas’s influence has spread the world over. In some bars and restaurants in Spain and across the globe, tapas have evolved into a more sophisticated cuisine. Tapas can be combined to make a full meal. In some Central American countries, such snacks are known as Bocas. In parts of Mexico, similar dishes are called botanas.

My own tapas is called a less refined ‘choosing tea’ and is a great way for the family to experience tastes of new creations made and eat as much or as little as they like – making it fun and interesting.

Create your own tapas feast with our top 5 recipes (and an extra sweet treat) and then head over to our Pinterest board for more inspiration.

Recreate this popular Spanish tapas dish at home with our recipe, complete with a classic paprika tomato sauce.

Heat a large pan of salted water until boiling, add the potatoes and simmer for 3 minutes. Drain really well then spread out to dry on kitchen paper

Heat the oven to 200C/fan 180C/gas 6. Spoon 3 tbsp olive oil on a large, non-stick baking tray. Add the potato and toss to coat. Roast for 40-50 minutes or until crisp, turning now and again so they get evenly golden

To make the sauce, heat 2 tbsp of oil in a pan and cook the onion and garlic gently for 15-20 minutes or until soft. Tip in the remaining ingredients and season. Simmer for 20 minutes until thickened.

To serve, season the potatoes with salt then spoon into a warm serving bowl (or bowls). Spoon over the sauce, sprinkle with parsley and serve.

Heat oven to 220C/200C fan/gas 7. Halve the peppers through the stalk, then cut out and throw away the seeds. Sit the peppers snugly, cut-side up, in a casserole dish, or two if needed. Halve any larger tomatoes, then divide them, the bread chunks, garlic and chorizo between the dishes.

Drizzle over the vinegar, then the olive oil, and season with pinches of sugar, sea salt and ground black pepper. Bake for 30 mins, covered until the peppers are tender and collapsing a little. Remove, uncover and cook for a further 30 mins. Leave the peppers to cool a little, then scatter with parsley, if you like, and spoon onto plates, scooping out any extra juices. Serve with crusty bread for mopping up the juices.

This tapas staple made with goat’s cheese and peppers is also a perfect canapé, ideal for serving as a party nibble.

A traditional Spanish side dish that I’ve served at parties for many years. But it’s a simple, tasty dish anytime!

Pair this simple Butter Bean Dip with a bag of pita chips or a loaf of crusty bread, and you’ve got the perfect campfire appetizer to hold everyone over until dinner. Cannellini beans will also be a great substitute.

Recipe source Fresh off the grid, find the recipe here

Make these Spanish sweet treats for a comforting dessert or breakfast. The rich, indulgent hot chocolate sauce is also delicious over ice cream.

This website uses cookies to improve your experience while you navigate through the website. Out of these cookies, the cookies that are categorized as necessary are stored on your browser as they are essential for the working of basic functionalities of the website. We also use third-party cookies that help us analyze and understand how you use this website. These cookies will be stored in your browser only with your consent. You also have the option to opt-out of these cookies. But opting out of some of these cookies may have an effect on your browsing experience.
Necessary Always Enabled
Necessary cookies are absolutely essential for the website to function properly. This category only includes cookies that ensures basic functionalities and security features of the website. These cookies do not store any personal information.
Non-necessary
Any cookies that may not be particularly necessary for the website to function and is used specifically to collect user personal data via analytics, ads, other embedded contents are termed as non-necessary cookies. It is mandatory to procure user consent prior to running these cookies on your website.
SAVE & ACCEPT